On August 13, 2021, the Canadian government announced that anyone who hadn’t been vaccinated against Covid would soon be barred from planes and trains. In many cases, The Backward could no longer travel between provinces or leave the country. If you lived in Winnipeg and wanted to visit your mother on her deathbed in London or Hong Kong or, perhaps, Quebec City, you’d better get jabbed—or resign yourself to never seeing your mother again.
Jennifer Little, the director-general of COVID Recovery, the secretive government panel that crafted the mandate, called it “one of the strongest vaccination mandates for travelers in the world.”
It was draconian and sweeping, and it fit neatly with the public persona that Prime Minister Justin Trudeau had cultivated—that of the sleek, progressive, forward-looking technocrat guided by fact and reason. The Canadian Medical Association Journal, in a June 2022 article, observed that “Canada had among the most sustained stringent policies regarding restrictions on internal movement.”
But recently released court documents—which capture the decision-making behind the travel mandate—indicate that, far from following the science, the prime minister and his Cabinet were focused on politics. (Canadians are hardly alone. As Common Sense recently reported, American public-health agencies have also been politicized.)
Two days after announcing the mandate, Trudeau called a snap election—presumably expecting that his Liberal Party, which was in the minority in the House of Commons, would benefit from the announcement and be catapulted into the majority. As it turned out, the Liberals failed to win a majority in the September 2021 election. In the meantime, roughly five million unvaccinated Canadians were barred from visiting loved ones, working or otherwise traveling. (Trudeau, for his part, stayed in power. Even though the Conservatives have won the popular vote in the past two elections, because of Canada’s parliamentary system, they have been denied the top job.)
at August 04, 2022 No comments:
Email ThisBlogThis!Share to TwitterShare to FacebookShare to Pinterest


Ontario’s former privacy commissioner and Executive Director of Global Privacy and Security by Design Ann Cavoukian told True North that Canadians must demand accountability from PHAC for tracking their devices without consent.

“They are collecting all of this mobile data,” she said. “33 million mobile devices and mobile devices are usually linked to personal identifiers, and you have to take some measures to remove them and de-identify the data in a strong way so it can’t be reidentified. We have no assurances to that effect whatsoever.”

“I don’t trust any of this. Zero trust, that’s where we have to start and we have to have some privacy commissioner’s office go in and take a look at this under the hood. Audit what they’re doing.”

at August 02, 2022 No comments:
Email ThisBlogThis!Share to TwitterShare to FacebookShare to Pinterest

Pfizer’s “Secret” Report on the Covid Vaccine. Beyond Manslaughter. The Evidence is Overwhelming..

Immune-mediated hepatitis with the Moderna vaccine, no longer a coincidence but confirmed
https://www.ncbi.nlm.nih.gov/pmc/articles/PMC8491984/?fbclid=IwAR2Wr_b2jrwDzwigWQfwUcIwu1OfmHAGFQL5MZvPfipp7qKpmiUC2ZTxHVw
.
#Experimental #YouAreTheTrial
Pfizer-BioNTech COVID-19 BNT162b2 Vaccine Effectiveness Study - Kaiser Permanente Southern California
Actual Study Start Date  :
May 15, 2021
Estimated Primary Completion Date  :
March 31, 2023
Estimated Study Completion Date  :
March 31, 2023
https://clinicaltrials.gov/ct2/show/NCT04848584
.
DOCUMENTS: #PFIZER :
Trust The $cience
Pfizer vaccine data. Of particular interest is page 30.  There Are 9 Pages Of Adverse Events Medical Conditions Excpected That People Can Get From The "Vaccines" For "Covid-19"
https://phmpt.org/wp-content/uploads/2021/11/5.3.6-postmarketing-experience.pdf
.
FULL Report: https://phmpt.org/pfizers-documents/
.
Court ordered Pfizer docs show Pfizer paying the FDA over $2.8 million dollars to fast track the vaccine.👇
Court ordered documents can be seen here,
https://phmpt.org/wp-content/uploads/2022/03/125742_S1_M1_cover.pdf
.
Pfizer delisting from New York Stock exchange!
Some people got filthy rich and now they want out.
Pfizer just filed a form 25 with the security exchange commission (SEC)
https://www.sec.gov/Archives/edgar/data/78003/000087666122000258/xslF25X02/primary_doc.xml#
Form 25 says they want to delist their securities from the exchange
This means $PFE Pfizer will no longer be a publicly traded company.
You file a form 25 if your shares are worthless, you want to go private or IF YOU NO LONGER WANT TO BE SUBJECT TO STRICT REPORTING REQUIREMENTS
.

at July 30, 2022 No comments:
Email ThisBlogThis!Share to TwitterShare to FacebookShare to Pinterest

It's actually a clay stamp for putting the royal mark on mud bricks located currently at the Louve.

Made between between the 7th century and 6th century BC , dynasties XXIII-XXVI.

In 1908, a meteor about 10 inches in diameter was hurled through space and buried itself in the ground of the Cowichan Valley, in British Columbia. The marble shaped meteor was engraved with unknown hieroglyphics.

A strange event took place in summer 1908, in the vicinity of the Cowichan Valley on Vancouver Island, British Columbia, Canada. While Willie McKinnon, the 14-year-old son of Mr. Angus McKinnon was working in his father’s garden around 11:30 o’clock, a meteor about 10 inches in diameter was hurled through space and buried itself in the ground about eight feet from where he was standing. Luckily, he was not injured by the meteorite impact.

Willie immediately called his father to see what happened and when Mr. McKinnon came to the spot, he was shocked to find that the meteor was almost as round as a marble; and the hot surface was deeply scored with what resembled strange hieroglyphics

This startling story was published as a front-page newspaper article of Sept. 5, 1908, entitled, “A Message from Mars”.

Since this weird incident took place, Mr. McKinnon spent most of his life in trying to decipher the strange markings on the mysterious stone. However, the strange outer space stone appears to have never been examined in a proper way, because any of its research papers has not been found yet.

This startling story was published as a front-page newspaper article of Sept. 5, 1908, entitled, “A Message from Mars”.

In the present day, its actual location is unknown and the ‘miracle stone of Cowichan’ remains an unexplained mystery that is untouched till to this date.

This fascinating story was recently published at the Cowichan Valley Citizen in January 2015, by TW Patterson who has been writing about British Columbia’s history for 50 years 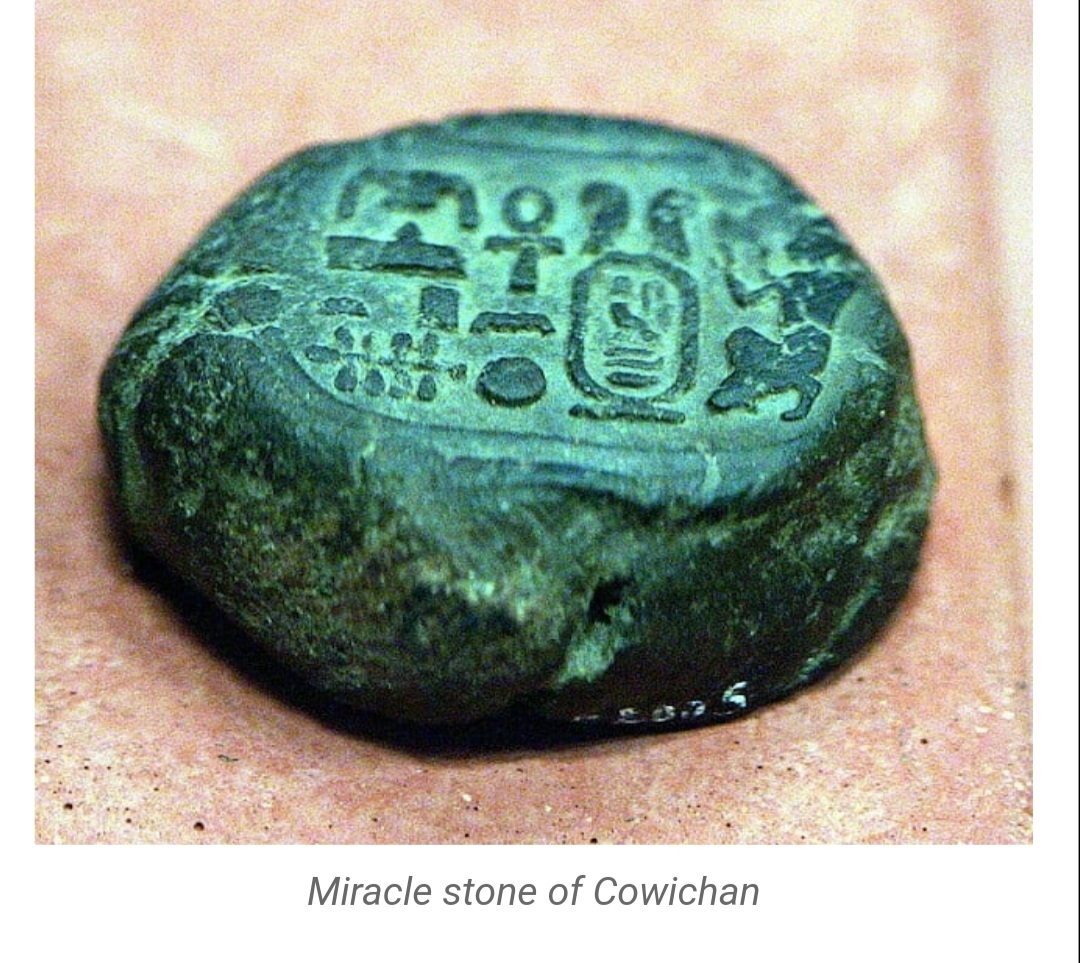 Here is the Egyptian Alphabet

Link
https://collective-spark.xyz/a-message-from-mars-%E2%80%95-an-outer-space-stone-engraved-with-strange-hieroglyphics/
at July 27, 2022 No comments:
Email ThisBlogThis!Share to TwitterShare to FacebookShare to Pinterest

This is a bill proposed in 2001 in US this give you a taste of the weapons used against people see section 7.
https://www.congress.gov/bill/107th-congress/house-bill/2977/text

Alex Collier - The History of the Earth Earth

22 races that are part of our DNA

Pyramids on the Moon inside of a crater.

Healing yourself imagining a hologram of you healthy.

Extraterrestrials on Earth and under Earth.

Andromedan Perspective of the History of the Earth.

Doms on the Moon.

Farsight of the Moon

Particle Beam Weapons of Pleiadeians destroyed a dom on the Moon.

We paid to build a base home.

the face on Mars is a tumb of an Orion King.

Clones have no soul and do the abductions.

The Aztec crash in New Mexico.

Hybrids have no emotional body because they have no soul.

Animals talk to each other telepathically.

Everything is a belief system.

The vibration of Love can cure cancer.

Blue Star a comet that is comming

They are not here to help us.The comet changed course 3 times.

at July 22, 2022 No comments:
Email ThisBlogThis!Share to TwitterShare to FacebookShare to Pinterest
Labels: Alex Collier - The History of the Earth Earth
Older Posts Home
Subscribe to: Posts (Atom) 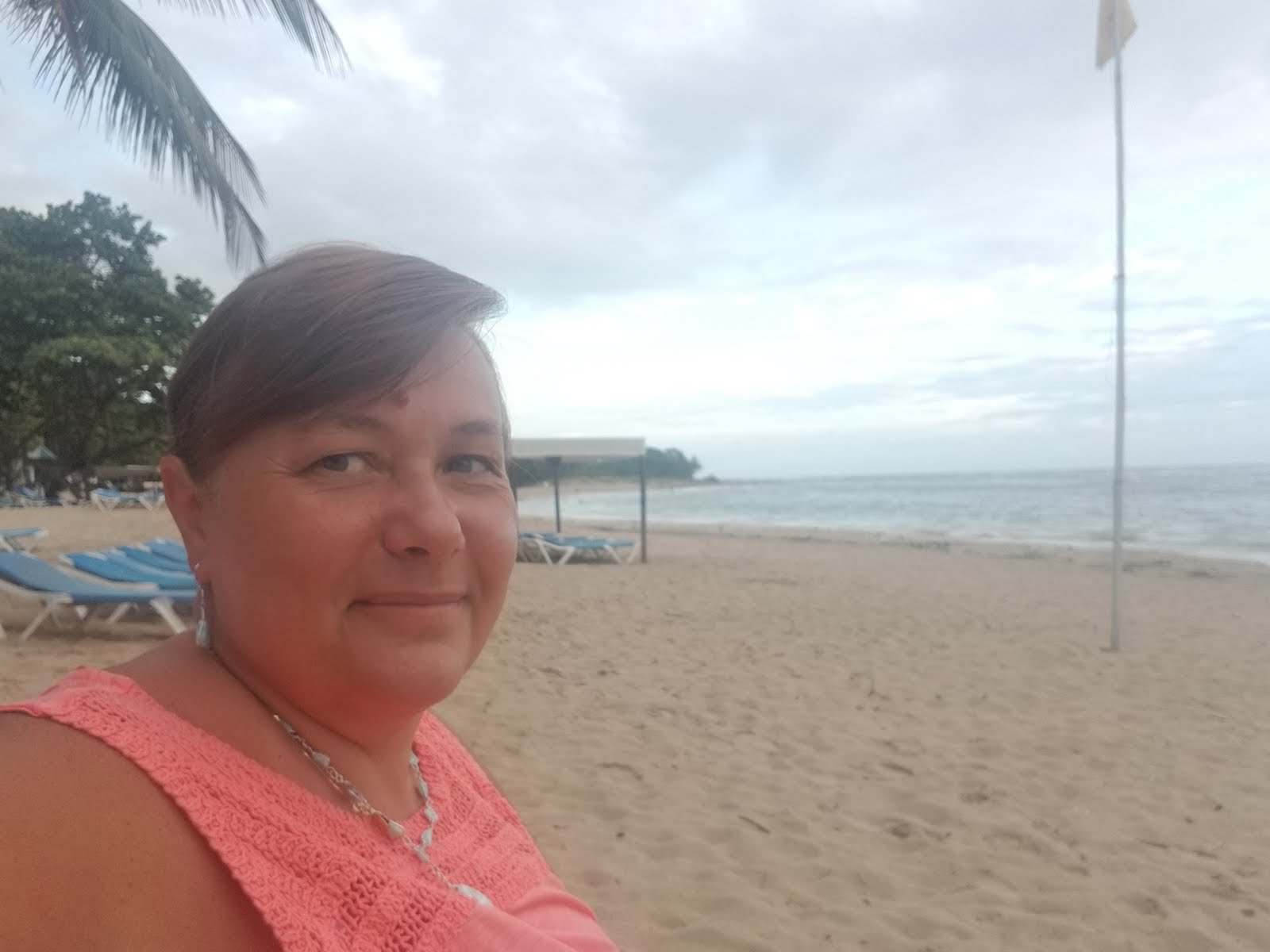